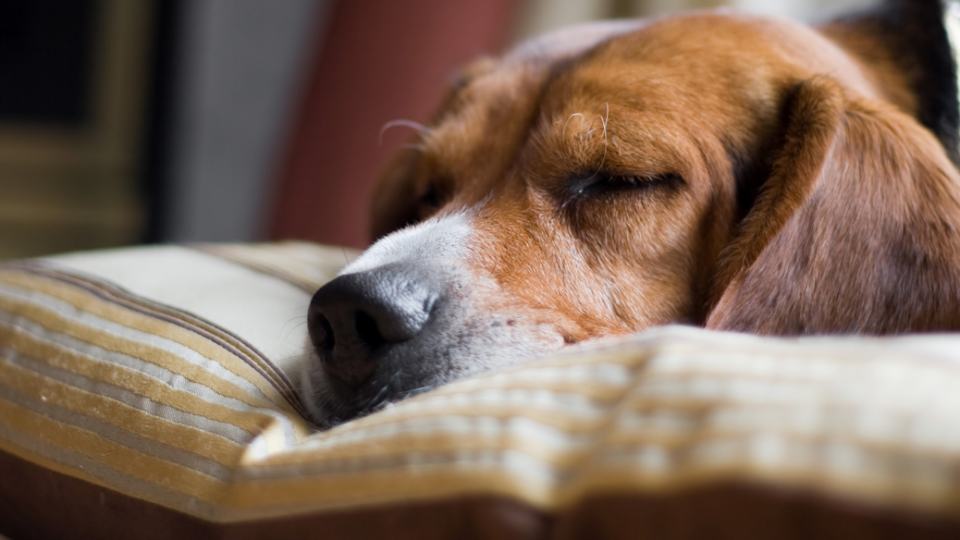 Toxic food and products for dogs

By Claire
Advice Dog Owners
There are quite a few dangerous foods and products for dogs out there, some of which are super obvious, and others a little more surprising. Here, we have compiled an A-Z of foods and household objects that are potentially fatal for your pets, the symptoms of ingestion, and advice on what to do.

This is commonly found in paracetamol and can cause liver damage in dogs. Once swallowed, acetaminophen is rapidly absorbed into the blood from the stomach and intestines. The main toxic effects are liver damage (particularly in dogs) and damage to red blood cells (particularly in cats) which prevents oxygen from being supplied to the body’s vital organs. Symptoms of acetaminophen toxicity are: Acetaminophen toxicity can be fatal. However, if the condition is recognised, diagnosed and treated quickly pets can survive. Take your dog to the vets as soon as possible. Here, they may induce vomiting, anaesthetise your pet in order to flush out the contents of the stomach or administer a special preparation of liquid activated charcoal to slow the absorption of toxic material from the stomach and intestines. Most cases of acetaminophen toxicity are preventable. Do not give medications meant for people to your pet unless told to do so by your vet and keep all medications at home securely locked away.

Many dogs love to chew on remote controls, and if they manage to puncture the battery casing it could cause a lot of harm. If battery fluid has been ingested by your dog, the tips and sides of their tongue will usually appear red and raw. Or, if the acid has killed the skin it will have a whitish-grey appearance. Your doggo may whimper or go unusually quiet. They will likely drool heavily, vomit and lose their appetite, though some dogs will continue to eat, but may chew slowly and carefully and appear to have difficulty swallowing. These signs often are delayed and may not appear for up to 12 hours. When you suspect ingestion is recent, you should not induce vomiting as the corrosive fluid could significantly increase the damage to your dog’s throat. The best initial treatment is to give them a small quantity of milk to dilute the corrosive fluid. Be careful as large amounts may cause diarrhoea. Once you’ve done that, get yourself to the nearest vet clinic.

Ignoring the obvious risk of singed fur, there are actually other things we need to consider when it comes to having candles in the home. Your doggo could be allergic to the scent for starters, but also, because candles aren’t regulated, companies don’t have to list the ingredients they have used. Who knows what toxins emit once the candle has been lit? If you are like us and love having a smelly candle on the go, our pals at Dog Furiendly have complied a list of dog-safe candles which you can read here.

Chocolate, depending on the amount and type eaten, can cause seizures or death in dogs. The two chemicals in chocolate that can be toxic to dogs are caffeine and theobromine, both of which are more present in dark chocolate and baking chocolate than in milk or white chocolate. Symptoms in dogs having eaten chocolate are: Signs of chocolate poisoning can begin to occur within an hour of ingestion and can lead to death within 24 hours so call your vet immediately.

Make sure your pooch doesn’t get their paws on these little critters because they are really poisonous to dogs. Even tiny amounts can cause vomiting and diarrhoea at best and kidney failure at worst. If you are positive your dog has ingested grapes, raisins or even grape juice within the past hour, try to induce vomiting to prevent toxins being absorbed by your pup. You can do this by administering a 3% hydrogen peroxide solution. The Pet Health Network have written a really useful article on the do’s and don’ts of inducing vomiting which we strongly recommend you read. If you are unsure if your dog has been sick, or if your attempts aren’t working, get advice from your vet asap. They may suggest giving your dog activated charcoal, or advise that your dog needs a stomach wash and fluid therapy. Not nice.

These can contain poisonous amounts of nitrogen, phosphorus, potassium, iron, zinc, herbicides, pesticides and additives such as fungicides. If you really need to use these products around your home, opt for pet-friendly and non-toxic fertiliser. Ingesting fertiliser can cause intestinal upset, including diarrhoea and vomiting. If this persists for more than a few days, your pooch may need fluids for rehydration, and medication to settle and soothe their stomach. If your dog has ingested some, keep them hydrated. A good tip is to give them one slice of very burnt toast, as the charcoal will neutralise any toxins in their system. Mixing half a teaspoon of plain yoghurt into one of their food portions will also add good back bacteria into their digestive system.

Philodendron might not be a word you recognise, but if you’re a self-respecting millennial, you will have one at home. They’ve got heart-shaped leaves and long vines which contain insoluble calcium oxalate crystals, which can irritate your dog’s mouth and lips. There are a number of other plants and flowers which are toxic, such as Tulips, Lily of the Valley and Rhododendrons. These are summed up nicely bu our friends at Pet Central. If your doggo displays the following systems, it’s likely they’ve had a nibble on a poisonous plant: If you have any reason to suspect ingestion of a poisonous plant, and symptoms last more than a couple of days, get yourself to your local vet clinic immediately.

Onions, shallots, garlic, scallions, etc. all contain compounds that can damage red blood cells in dogs if ingested in sufficient quantities. A rule of thumb is “the stronger it is, the more toxic it is.” It is uncommon that eating raw onions and garlic will cause serious problems in dogs, however, ingesting concentrated forms of onion or garlic, such as dehydrated onions, onion soup mix or garlic powder, may put dogs at risk of toxicosis. The effects of ingesting these products usually becomes apparent 3-5 days afterwards. Affected dogs may seem lethargic, or they may appear to tire easily after mild exercise. Their urine may be orange-tinged to dark red in colour. If you catch them eating a whole onion or believe they’ve eaten a large amount, get to the vet right away because in severe cases, blood transfusions may be needed.

Forget a sugar rush, large ingestions of sugary, high-fat sweets can actually lead to pancreatitis in dogs, where their pancreas becomes inflamed and very painful. Often symptoms such as vomiting, lack of appetite, and the squits will only emerge after 2-3 days, and in some cases it can be fatal for your pooch. Even the sugarfree kind are a no-go as they often contain something called Xylitol which is really harmful to furballs. Keep sugary items out of reach at all times to avoid any accidental sugar overload.

When unbaked dough is swallowed by a dog, the stomach provides an ideal environment for the yeast to multiply, or prove (for the Mary Berry’s amoung us). Expansion of the dough in the stomach may decrease blood flow to the stomach wall, resulting in the death of tissue, or it may press on the diaphragm, resulting in breathing difficulties. In addition, the yeast in the dough produces alcohols which when absorbed, can lead to seizures, comas and even respiratory failure. Affected doggos may show disorientation and vomiting (or attempts to vomit). Dogs showing mild signs should be closely monitored, and dogs with severe abdominal distention or dogs who are so inebriated that they can’t stand up should be taken to a vet straight away.

Puppies (and some breeds of dogs, like Beagles) are hoovers on legs. Watch out for stray sweet wrappers, bubblewrap, food packaging etc which can not only be a choking hazard, but if swallowed can obstruct your dog’s bowel. If you think your dog has ingested something they shouldn’t, and they display signs of abdominal discomfort, vomiting, constipation, lack of appetite etc. get them to the vets for an X-Ray.

When dogs eat coins, nuts, bolts, staples, zips, and jewellery (etc!), they can be poisoned immediately. Stomach acids release the zinc from these objects, allowing it to be absorbed in the small intestine. The first symptoms will be potentially vomiting and a loss of appetite. Hours or even days later your dog may develop jaundice, become anaemic, or pass red urine. In later stages your dog may develop depression, have seizures and suffer liver, kidney or heart failure. If you think your dog has swallowed and object containing zinc within the last hour, you should induce vomiting. If you’re unsuccessful, an endoscopy or surgery may be needed. Hopefully you now know what to keep out of reach of your pooch, and what to do should they accidentally swallow something they shouldn’t. To find out what they should be swallowing, check out our articles on what to feed your dog, and healthy fruit and veg for dogs.
batteries bread dough chewing gum chocolate coins dogs fertiliser grapes ill lily of the valley onions paracetamol poison raisins toothpaste xylitol zinc

🌾 The dangerous spears! Now that you know wha