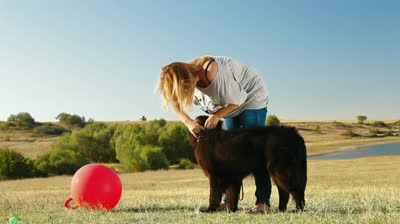 Outdoor play for your doggy

Playing with your dog is an important bonding mechanism, and it’s a sound way of training them without food as a reward.

Here are our tips to get the most out of outdoor play with your doggo.

Read on for our top outdoor doggy games and toys:

Yes, this is really a thing. Think: giant cat toy.
A flirt pole is a piece of rope or string attached to a handle at one end and a toy at the other. These can be easily home made, or there are plenty of different types available in pet shops and online.

It’s really easy to use; you just drag the toy on the ground in a circle, allowing your dog to chase and tug, with rules indicating when they can start and when they need to stop.

This game will increase their prey drive and coordination, and they’re commonly used to train dogs to assist in hunts. They were also used by nasty people who used to train fighting dogs, so if your dog shows any aggression or over-excitement, it might be worth taking a break or finding another game to play in future.

You’ll see varying results with fetch, depending on the type of dog you have. Retrievers will always be the most enthusiastic fetch players, while Toy dogs are more likely to give you the run around.

We can’t think of many dogs who don’t love a game of catch. Remember to use a suitable sized ball, depending on the size of your dog so they can easily catch it in their mouths without the risk of swallowing. If you’ve got s poor throw, a great alternative is a frisbee!

Dogs love football! Using a football or a larger ball, kick the ball away from your doggo and encourage them to chase after it. Let them play with it before a couple of seconds, and then kick or step it away from them again. It’s better to pick a larger sized ball so that you’re less likely to kick your pooch in the chops, and so they can’t keep the ball in their mouth or chew on it. Rope toys are best for tug of war as they’re hardy easy for your pooch to grip. Hold one end of the rope, and signal to your dog that they can take the other. Give the end a gentle tug, and it should set off a reaction in your dog that makes them want to tug back. You can encourage a good stretch by waggling your hand from side to side as the dogs natural response will be to copy you.

Be careful with this one; sometimes your dog’s strength will surprise you; it’s okay to let them win if it means your shoulder stays in its socket!!

Our friends over at Puppy Leaks have come up with a good one – creating an agility course for your pooch! This needn’t be expensive, and it can often be more tiring and more rewarding for both pet and parent than a walk.

There are five basic elements to an agility course:

Who knows; maybe you’ll end up on the next season of Britain’s Got Talent with your clever little pup!

Send us photos of your woof monster enjoying their favourite games in the park, and keep up to date with all things canine by following us on Instagram, Facebook and Twitter.