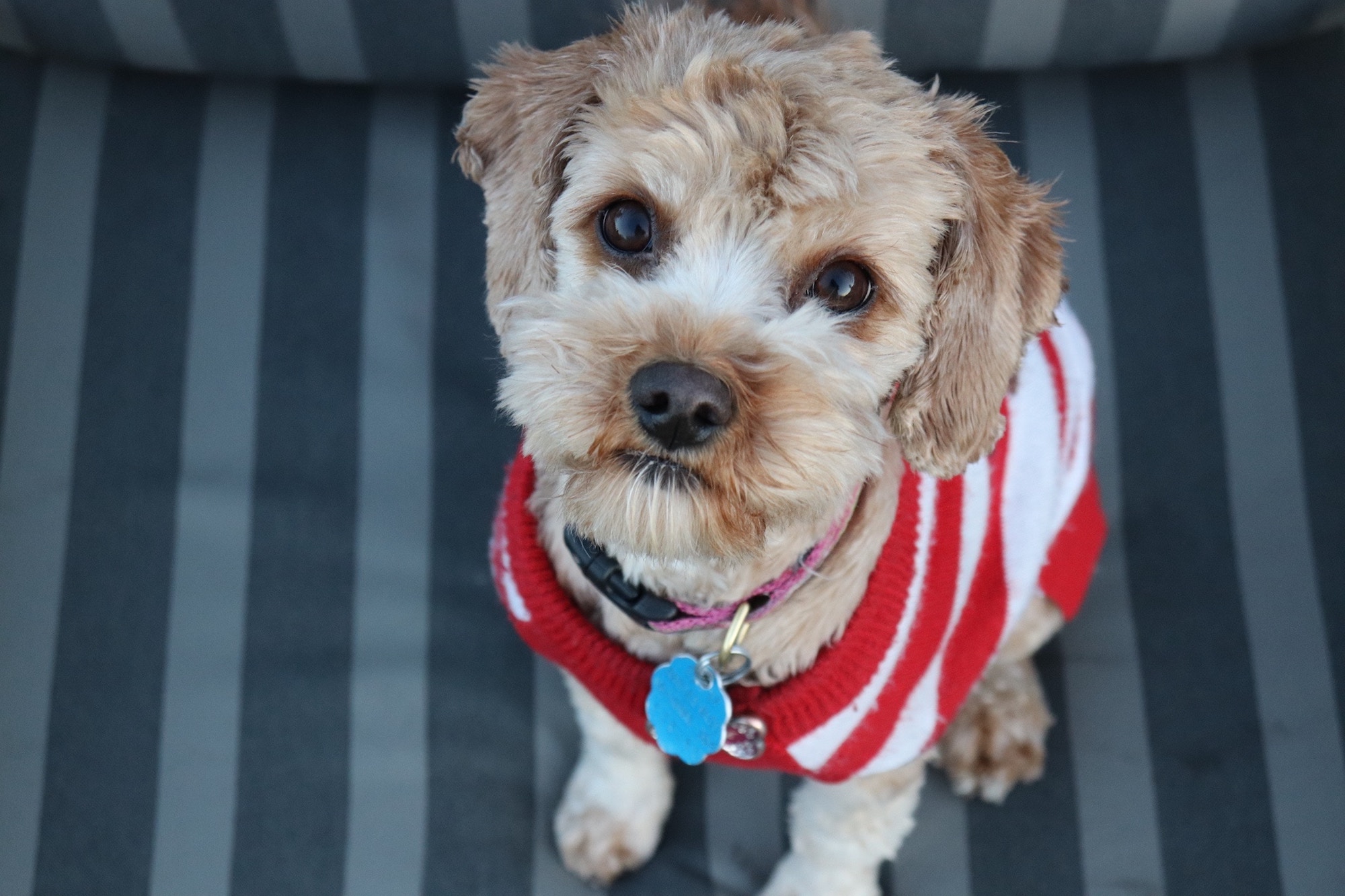 Most popular dog names in the UK

Just as a baby can’t be referred to as ‘the baby’ for its whole life, a puppy can’t be called ‘the puppy’ forever. You need to choose a name. But this can be harder than it sounds.

There’s a lot to consider. Do you want to give your fur-baby a cute name? Would you rather he or she had more of a classic name? Or maybe you’d prefer to go down the funny route and pick a name that will mean your dog stands out from the pack.

Nine out of ten pet owners consider their dogs to be fully-fledged members of the family. They’re more than just pets; they’re part of family life. And the name we give them is all part of our self-expression.

What are the UK’s top dog names?

A recent study by Gudog has revealed the UK’s most popular dog names. And if you’re of the school of thought that says dogs should not have human names, we apologise in advance.

The findings show that human names reign supreme, with not a Fido, Spot or Rover in sight. Dog owners seem to be veering away from classic dog names in favour of more human ones.

Top of the list of most popular names for dogs is Bella, followed by Alfie, Charlie and Poppy. A word to the wise: if you want to be able to call for your dog in the park without attracting the attention of countless other pooches, these are the names to avoid.

10 most popular dog names in the UK

Our pals at Dog Furiendly, based in Wales, compiled a list of the top 10 dog names in Wales and there are a few left-fielders in there!

How much fun can you have naming a dog? Probably quite a lot.

Naming a dog is not like naming a human. For that you have to find a name you like, one that won’t attract playground jeers and that doesn’t leave your child with STD (or a similar unfortunate acronym) as their initials.

Naming a dog, on the other hand, is a much freer, more creative process. It can be as funny, unusual or as much of a mouthful as you like. It might, for example, draw inspiration from famous characters or people. Something along the lines of Sherlock Bones, Droolius Caesar, Jimmy Chew, Chewbarka, or Mary Puppins.

There’s also a lot of fun to be had in giving your four-legged friends a size-inappropriate name. Like the Great Dane called Tinkerbell or the chihuahua named Rambo. Other big names for small dogs include Atilla, Bruiser, T-Rex, and Hulk. Or if you’re looking for small names for big dogs, there’s a lot to be said for Squirt, Titch, Twinkle or Munchkin.

And let’s not forget the dog names that are just plain ridiculous. Top of our (unofficial) list are Doggy McDogFace, Sir Bark-a-Lot, and Alfred von Wigglebottom.

What are celebs calling their dogs?

When Kim Kardashian West posted a Twitter poll of what North should call her new puppy, it attracted more than 230,000 votes from the general public. Suggestions for the Pomeranian pup ranged from Baby Jesus and Peachy Pop to Sushi and Goldie. Peachy Pop earned the people’s vote, but the dog was called Sushi. Last month, the Kardashian West’s welcomed two new Pomeranians to their brood and has taken to Instagram to ask for suggestions.

Naming a dog must be done with care. But while celebs might be more inclined to give their canine chums their own social media account (Amanda Seyfried’s Australian Shepard Finn has more than 85,000 followers on Instagram), when it comes to naming their beloved pet pooches, celebrities aren’t that different from the rest of us.

Some are happy with a classic name, while others decide to get a bit more creative.

If you’re thinking about names for your new canine addition to your household, why not take some inspiration from celebrities and their dogs?

Are any of these celebrity dog names good enough to get your pooch’s tail wagging?

Of course, choosing a name is the easy part, next comes the training!